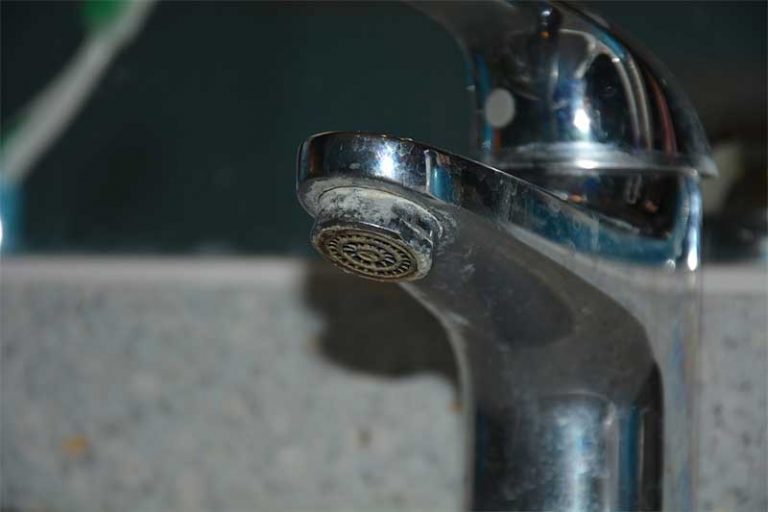 If you’ve just moved into a new home and noticed something a little off about your water, then you just might have hard water. It’s easy to know if you’ve got it since it results in white water spots on your dishes, a chalky buildup on the walls of your shower and often a buildup on your faucets and even toilets.

Plus, it can feel like you can’t get all the soap off your skin when you take a shower. If any of this sounds familiar, then you’ve probably got hard water.

What Is Hard Water?

Hard water is just water that has a high mineral content in it. The dissolved minerals that are in hard water are calcium and magnesium, which comes from the water being sourced in areas where there are limestone and chalk deposits.

Is It Safe To Drink Hard Water?

The National Research Council (National Academy of Sciences) states that hard water itself is not a public health hazard. In fact, the calcium and magnesium can be absorbed by the body, which is a good thing. However, some people can definitely taste the difference in the water. And certain sensitive individual even get sore throats from the excess minerals in the drinking water.

However, it is worth noting that hardness can be caused by several other dissolved metals; those forms divalent or multivalent cations, including aluminum, barium, strontium, iron, zinc, and manganese. (source: International Journal of Medicine) The IJM also notes that drinking water in which both magnesium and sulfate are present in high concentrations (~250 mg/l each) can have a laxative effect.

And some studies have show adverse health effects to other minerals in the water, but overall your standard hard water should not pose a health threat to you or your family. So, there’s no concrete reason to be concerned about ill health effects of hard water.

Advantages and Disadvantages of Hard Water

Some people who have hard water in their homes don’t really mind it, while others despite having to deal with it. To give you an idea of what to expect from having hard water, here’s a look at some of the pros and cons of hard water.

Where Is Hard Water In The U.S.?

If you’re considering moving to a new state or city in the USA, then you might want to try to avoid places that are known to have hard water. Fortunately the U.S. Geological Survey has a map that shows where hard water is found in the USA.

How To Soften Your Water When Your Home Has Hard Water

If you move into a home that has hard water, then the most effective way to deal with it is by getting a whole house water softener installed in the home (you can DIY the install). Based on my experience living in Las Vegas where the water is VERY hard, I recommend that you choose one of the models that uses the normal salt pellets that you can buy at Home Depot, Lowe’s or similar stores.

If you’re renting and can’t actually install a whole house water softener, then you still have a few options. You can install a cheap mounted faucet water filter for all of your cooking. You can also use a water pitcher filter for your drinking water.

For your showers, look for a shower head that has a filter so that you don’t end up with that soapy film left on your skin and dry, brittle hair from the hard water. And for your laundry, you need some laundry water softener powder or liquid, like Calgon Liquid Water Softener.

While these solutions are not as easy as installing the whole house softener, they are the best ways that I’ve found to deal with hard water when you’re renting your home or apartment.