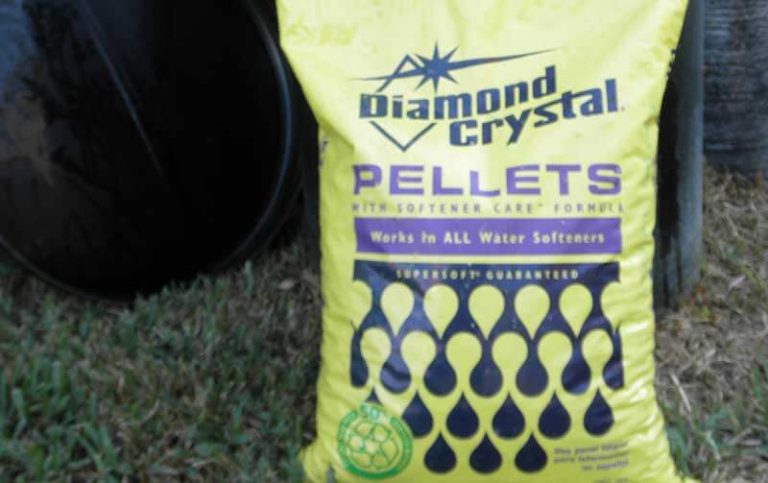 Hard water can cause a lot of problems in your home, including making your skin and hair drier when you shower, having buildup on your dishes, your clothes looking dingy, and making it so your appliances and plumbing system don’t last as long. One way to fix hard water issues is by installing a water softener.

When deciding to install a home water softening system, the first question you will have to ask if whether or not to install one that uses salt or one that is salt free. While they both soften water, the difference between them is not just that one uses salt and one doesn’t. There are quite a few differences, and there are pros and cons to both of them.

Making the choice about each system is going to depend on your budget, the space in your home, and whether or not you want to remove the elements that are making your water hard in the first place.

How Do Salt-Based Water Softeners Work?

Salt-based systems use an electronic metered valve to capture the water. The valve is located on top of a tank that will measure the water and run a cleaning cycle when necessary. The tank is usually made from fiberglass. During the cycle, there is a series of flushes that purge the particles that cause the hardness (calcium and magnesium) from the water. The hardness particles are captured and flushed down the drain line. The salt is then replenished during the cycle, so it is ready to start again.

How Do Salt-Free Water Softeners Work?

With the salt-based process, the minerals are removed from the water. However, with a salt-free system, the minerals are still in the water but the softener changes the form, so they don’t adhere to surfaces. These systems aren’t true water softeners, but instead can also be referred to as water conditioners. In this system, the water goes through Template Assisted Crystallization. The minerals that cause hardness are then converted to hardness crystals instead, which don’t adhere to the surface. A salt-free system doesn’t need an electrical valve because it works as a conditioner instead and doesn’t capture anything. Since these systems don’t actually capture the hardness minerals, they don’t need to eliminate anything and there is no need to purge minerals from the water.

Pros of a Salt-Based System

Since a salt-based system is actually removing the minerals from the water, you will notice that your water has a slicker feel to it and you won’t have to work too hard to create bubbles in the shower. The minerals are removed, so you won’t notice a build up on your clothes, dishes, or skin. Appliances don’t react well to hard water, so your appliances and plumbing will last longer and it will save you money in the long run. Your dishes will be cleaner, your clothes will be brighter, and you will notice better hydrated skin and hair. You will use less soap throughout the home. There is more sophistication with salt-based systems than there has been in the past. Many are becoming more energy efficient and will allow you to reuse and recycle up to 30% of the salt and use 50% less salt than other older counterparts. If you want true water softening and to remove the elements that are making your hard water, then choosing a salt-based system could be the right choice.

Cons of a Salt-Based System

Many salt-based systems are more expensive and require maintenance in order to replenish the salt and clean out the resin bed. Salt-based systems also waste more water during the cleaning process. The resin bed will need to be replaced every five to 10 years, which adds more cost to the system. You also have to buy salt, so this system comes with a monthly cost.

Pros of a Salt-Free System

Even though these aren’t true water softeners, you are still getting the effects of softer water. These systems are less expensive to buy than the salt-based systems. Many people don’t like using chemicals in their home and a salt-free system doesn’t use any type of chemical. Since this type of system doesn’t actually remove the calcium and magnesium, it is worth noting they do have health benefits if exposed in moderation. These systems are easier to install and many of them can be installed by a homeowner, instead of having to go through a professional, making it even cheaper. Some models just need to be wrapped around pipes, secured and then they are ready to plug in. The maintenance costs are practically zero, depending on which system you choose. Some systems just use electricity, instead of magnets, to soften the water. Others do need replacement parts or cartridges, but they are still a cheaper option.

Cons of a Salt-Free System

Some don’t think these systems are as effective as salt-based systems because the elements that cause the build up are still in the water. If one of the reasons why you want a water softener is to remove the calcium and magnesium in the water so your body isn’t exposed to them, then this isn’t the right system for you. Salt-based systems will often show quicker results because the filtration starts the minute you begin using it at the source. Salt-free conditioners use electricity, so it can take longer for you to start noticing softer water.