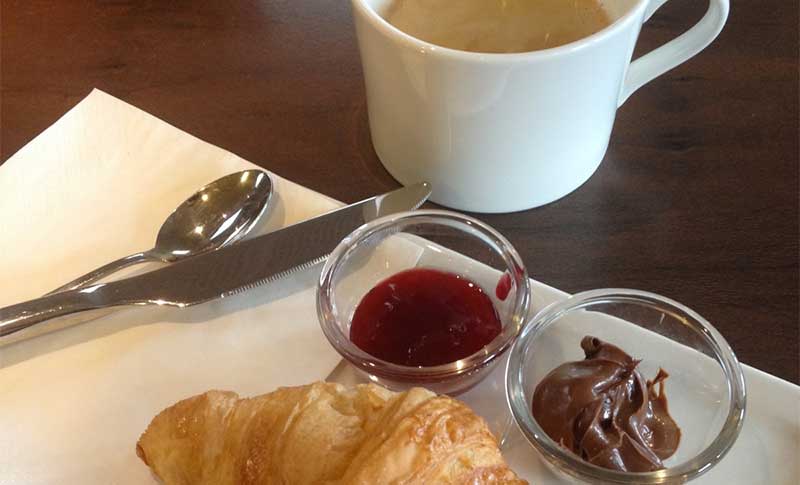 If you want to start your day like the average Parisienne, then you might be wondering what typically French dishes you can whip up at home for breakfast. Well, if you’ve ever been to France, then you already know that the traditional French breakfast is a light meal.

That’s because lunch is viewed at the most important meal of the day in France. So, you basically just eat enough at breakfast to get you through until that hearty lunch fare.

The Instagram-worthy daydream of French breakfast is a croissant, small cup of coffee, and a beautiful French woman sitting at an outdoor cafe with this small spread. But hey, even if you don’t have the outdoor space, you can still prepare a breakfast worthy of any Frenchman.

The quintessential French breakfast is small, sweet, and simple to make.

What Can You Eat For French Breakfast?

It is important to remember that the French don’t eat as much as Americans do for breakfast. So, where you may eat a croissant with jam plus a muffin or pastry, a French person would only eat one of those.

Actually though, muffins aren’t usually on the breakfast menu in France, unless you’re at a Starbucks. Most often, your options are:

And here’s something really interesting – the French don’t typically put butter AND jam on their breakfast breads. That’s right – you just pick ONE of those.

Here are the common toppings for your breakfast bread, and remember, you’re only supposed to do one of these:

What Can You Drink For French Breakfast?

I think it goes without saying that coffee is a widely served breakfast beverage in France. But it’s not always those cute little cups of espresso that you see in the movies.

You can serve espresso, coffee, or coffee with milk.

Not a coffee drinker? Don’t worry, some French people have tea with breakfast instead of coffee.

It’s also common to have an additional drink, a cold one. Specifically orange juice or grapefruit juice.

I’d like to be able to tell you that it’s always fresh-squeezed juice, but that’s simply not the case.

There are some American breakfast staples that you are definitely going to be missing at French breakfast.

You will not see any of the following:

In some rare instances, you may see yogurt and honey served for French breakfast, but it is definitely not a staple.

To help you remember that you can make for an easy French breakfast at home, here’s a list of the typical foods:

Put those things together and you have just made yourself a lovely French breakfast that you can eat at home while you pretend that you’re sitting at a chic Parisian cafe.

Did you know that many adults in France actually skip breakfast and only drink a coffee? Crazy, huh?

How Do You Say Breakfast In French?

If you really want to take things up a notch, then you can create a cute little French menu for breakfast and label it with the French word for breakfast.